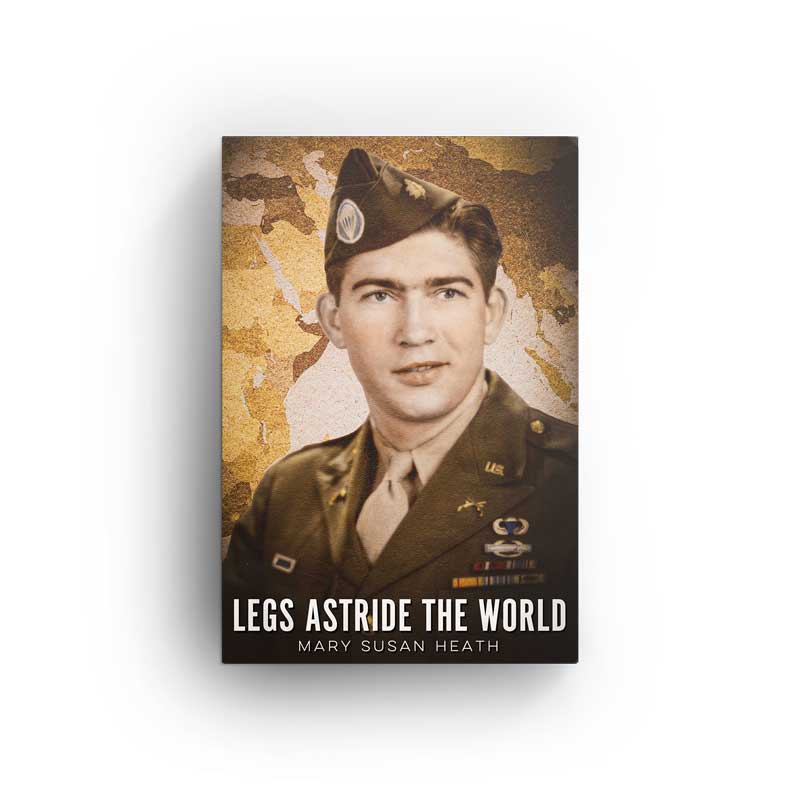 Legs Astride the World

In rural Clayton, North Carolina, during the Great Depression, life was secure and ordered by hard work, love of family, and respect for oneself and others. Survival meant growing crops, hunting for food, and raising hogs for slaughter. “You killed in order to eat,” my uncle said.

As an Army infantry officer during World War II and Korea, death became personal for my uncle. “It’s you or your enemy,” he recalled. Lehman H. (Legs) Johnson, Jr. killed in order to survive and lived to tell about it in his memoir, Legs Astride the World. There were the questions that haunt him, and he explored these by linking stories from his childhood with tales of the Philippine Campaign and the execution of Nazi war criminals at Landsberg, Germany.

Then there was the final question Uncle Legs asked himself and the readers he would not know: “How does a soldier face death as a survivor of war?”