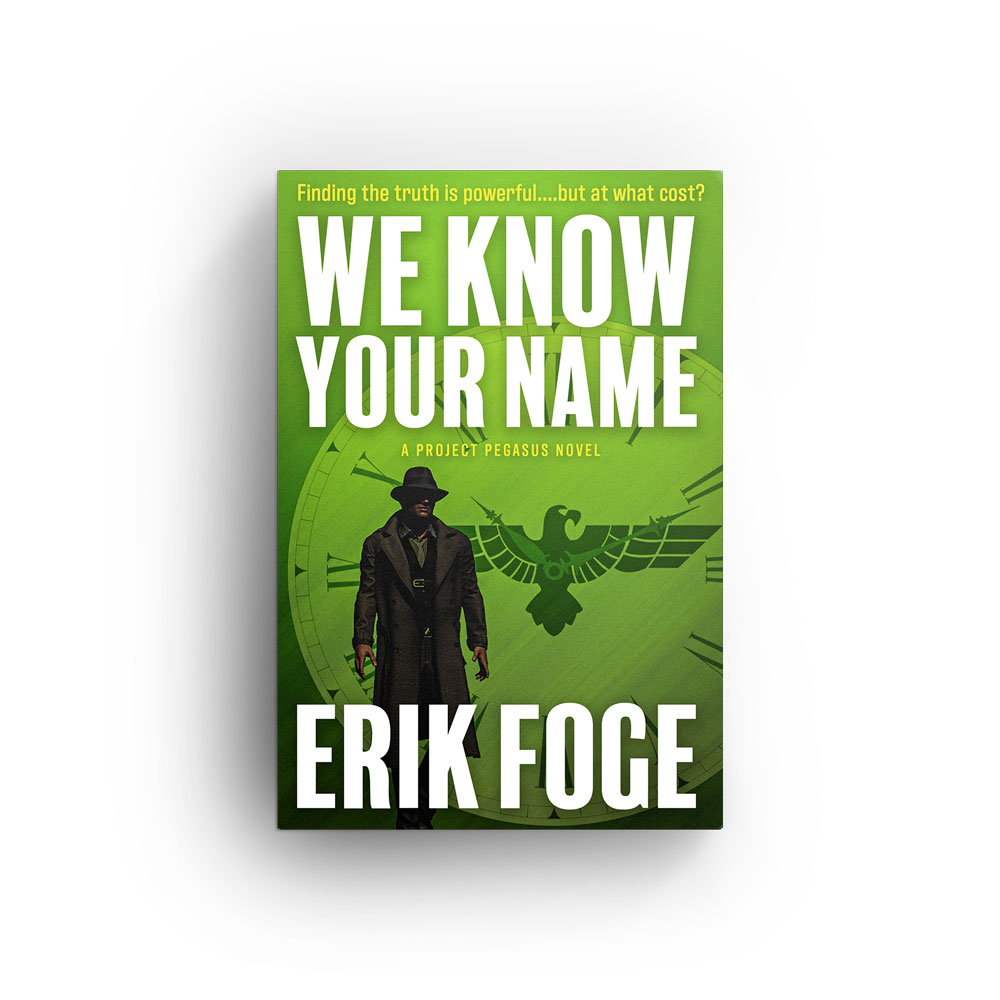 We Know Your Name

At first glance, Dr. Erik Függer appears to be a mild-mannered curator and tour guide for the National Museum of American History. But in reality, he is a part of the CIA's newly formed O.G.D.S. Team 42, a group involved in infiltrating military installations, obtaining secrets of the Third Reich, and avoiding government-sanctioned assassins on the streets of Washington D.C. As Erik pursues dark truths that he knows could get him killed, he is caught up in a tempest of secrecy and lies - all of which he is forced to hide from everyone he knows.

Soon, the line between friend and foe becomes inextricably blurred, leaving Erik cornered and ready for betrayal on all sides. And if he falters, he’s destined to become a star in the CIA Honor Book.