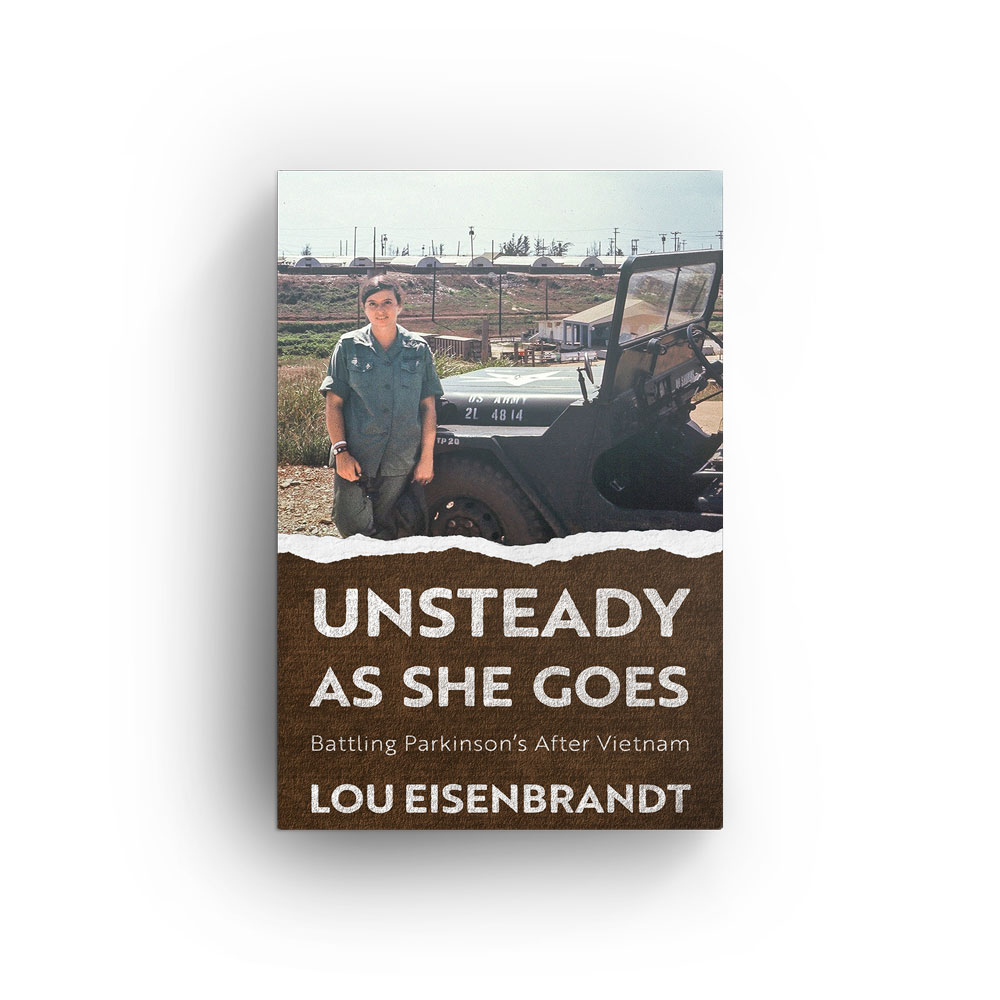 Unsteady As She Goes

In her first book Vietnam Nurse: Mending and Remembering, Lou Eisenbrandt described her decision to join the US Army during her last year in nurses' training in 1968. As a result of this decision, she first found herself at Fort Dix, New Jersey in 1969 and then in Chu Lai, south Vietnam working as an emergency room nurse in a field hospital. In the memoir, she recounts her time in a war zone. After returning home a year later, she married, raised a family and got on with her life.

In early 2002, while answering a phone call, she noticed a slight tremor in her right hand. She first saw a neurologist who proclaimed that it was not Parkinson's disease. After the tremor became more pronounced, she started experiencing additional symptoms, and sought another opinion. Ultimately, the second neurologist correctly diagnosed her condition as Parkinson's.

Living with this chronic disease has had its challenges and rewards. During the last 20 years, Lou has learned to expect the unexpected and adapt to the unique symptoms which can change from day to day. In Unsteady As She Goes, you will find out how she has overcome some of the issues of Parkinson's as well as how she has learned to live with others. There are practical suggestions for coping as well as bits of humor to get through it all. Join her on this unpredictable path that Agent Orange has led her down.