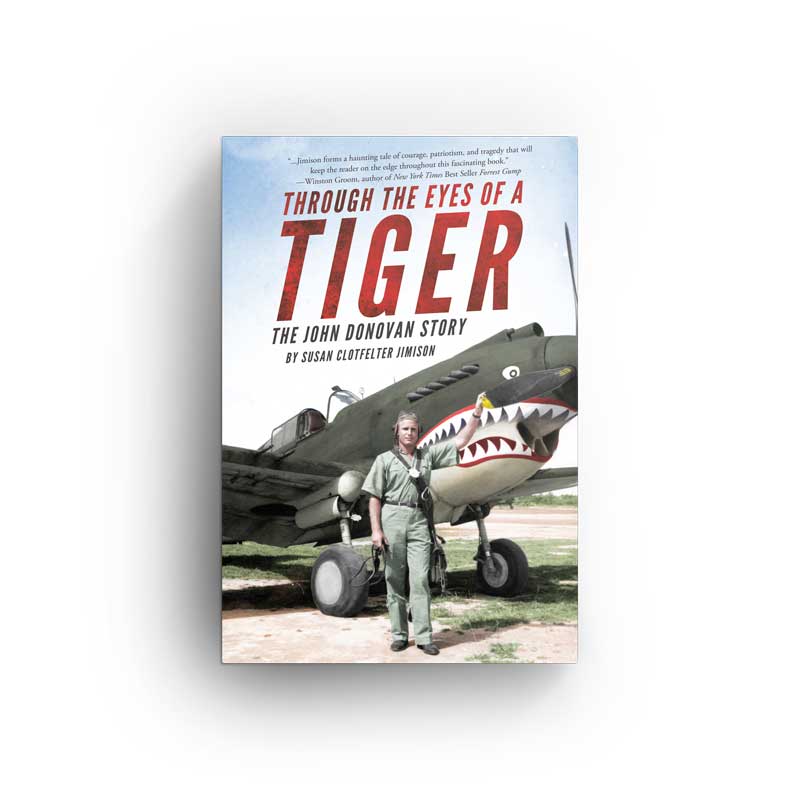 Through the Eyes of a Tiger

In 1941, the American Volunteer Group, better known as the Flying Tigers, successfully battled the Japanese in the sky under the skillful command of General Claire Lee Chennault. Their small cadre of trained fighter pilots went to China determined to fight the Japanese who had already brutally killed over a million men, women and children. This is the story of one member of the original Flying Tigers, John Donovan. Through his letters, in his words, you will travel the seas to Burma, experience the pitfalls of training and what it was like to see the “big red circle” on a Japanese fighter plane up close. From Florida’s Pensacola Naval Air Station to the Hanoi airfield where John was shot down, you are taken on a flight back in time—one you won’t soon forget.