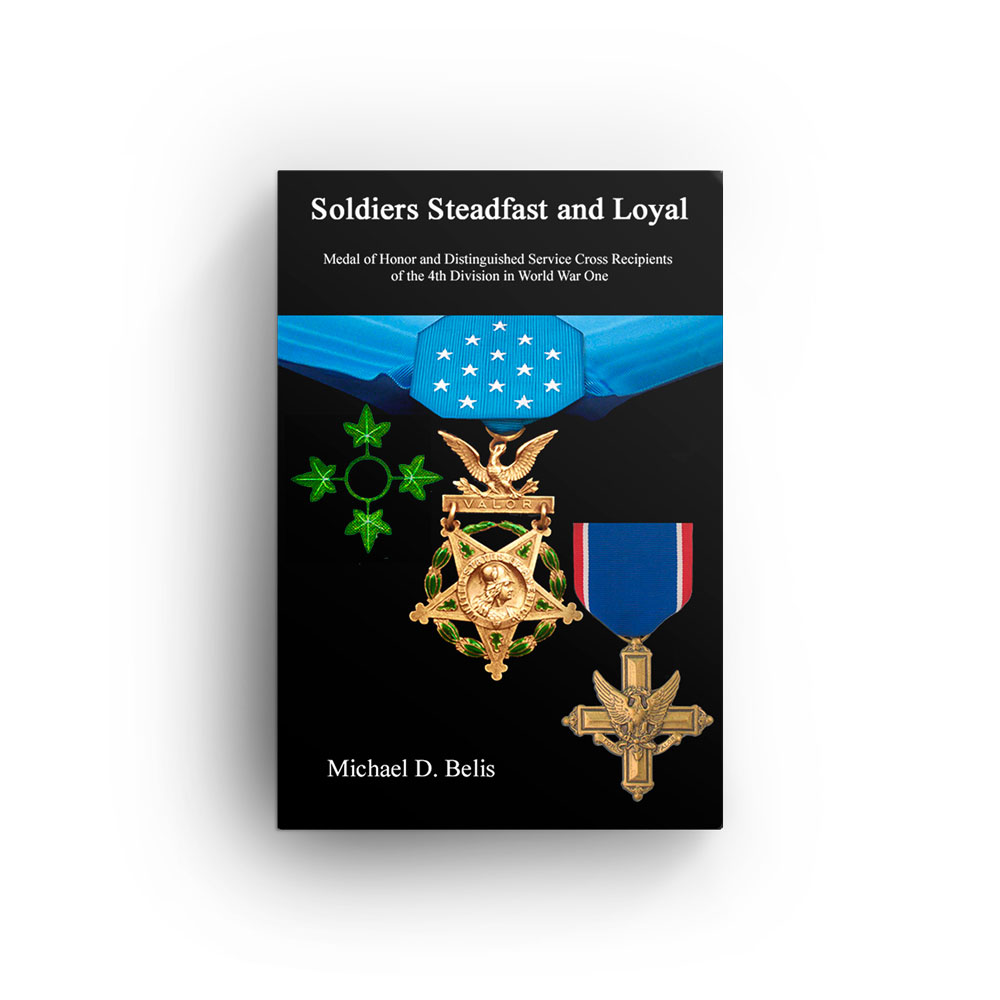 The book tells the stories of the one hundred eighty-six soldiers of the 4th (Infantry) Division who were awarded the Distinguished Service Cross for their valorous actions in World War One. One of those awards was later upgraded to the Medal of Honor. The official citations are given, along with short profiles of each soldier’s service, descriptions of the actions in which they earned their awards, and details of their lives after the war. The book also includes all known assigned medal numbers, the percentage of which, is without a doubt, the highest tally of known numbers for any Division in World War One.  The profiles presented show that these soldiers were more than just names on an award list. They were sons, husbands, brothers, and fathers who answered their country’s call to arms with patriotism and a strong sense of duty. Their courage and deeds live on after them.