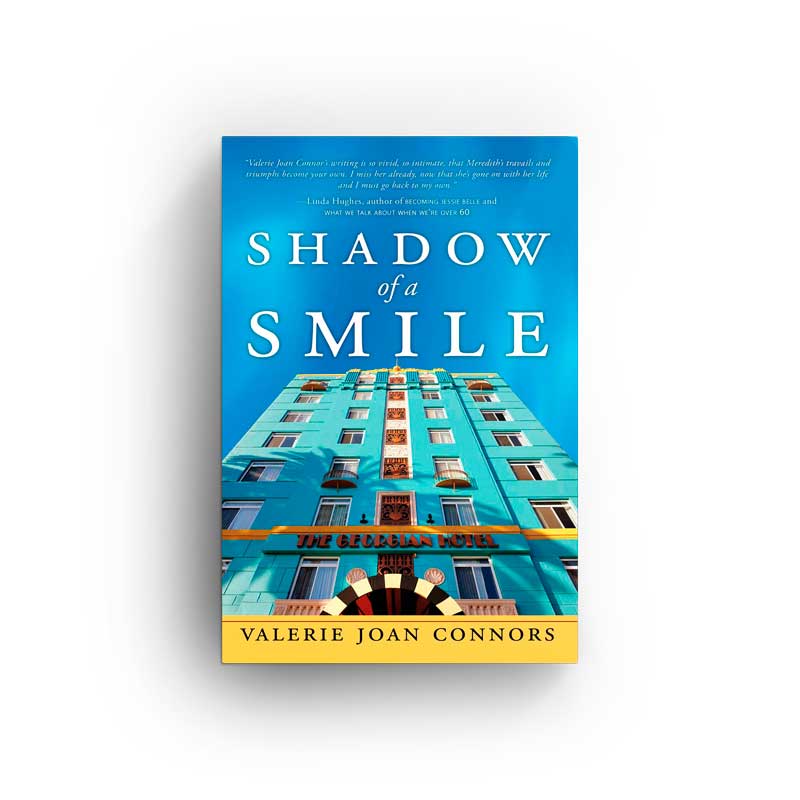 Shadow of a Smile

Following the untimely death of her mother in 1992, thirty year-old Meredith Springfield learns the shocking truth about her origins, the father she never knew, and the mother whose life was very different than it appeared. When the attorney who prepared her mother’s will delivers Anastasia’s personal journals along with the keys to a trust fund Meredith never suspected she had, Meredith and her boyfriend, Derek, embark upon a journey from Chicago to Los Angeles to search for answers and to carry out Anastasia’s wish to have her ashes scattered in the Hollywood Hills.
‍

In 1960, at twenty years old, Anastasia left her parents and the cold mid-western winter behind in Milwaukee and drove her powder blue Ford Fairlane down Route 66 all the way to Los Angeles, certain that’s where all her dreams would come true. Just two years later, Anastasia is forced to retrace her steps, traveling back to Milwaukee with her dreams already shattered, a broken heart, and a daughter she would have to raise alone.
‍

Shadow of a Smile takes the reader on two journeys across historic Route 66, from Chicago to Los Angeles, and back. The first follows Anastasia to 1960 Los Angeles and the beachfront hotels where she would meet the man of her dreams and take to the stage for the first time. The second, thirty-two years later, takes Meredith and Derek on a journey of discovery that has a greater impact on their lives than they could ever have imagined.
‍

Once Anastasia is gone, and her carefully hidden secrets are revealed, Meredith gains a new perspective on her own choices, and must come to terms with the grey area between what our hearts desire and what is right. Shadow of a Smile is a story about family secrets, the choices we let our hearts make, and living with the consequences.