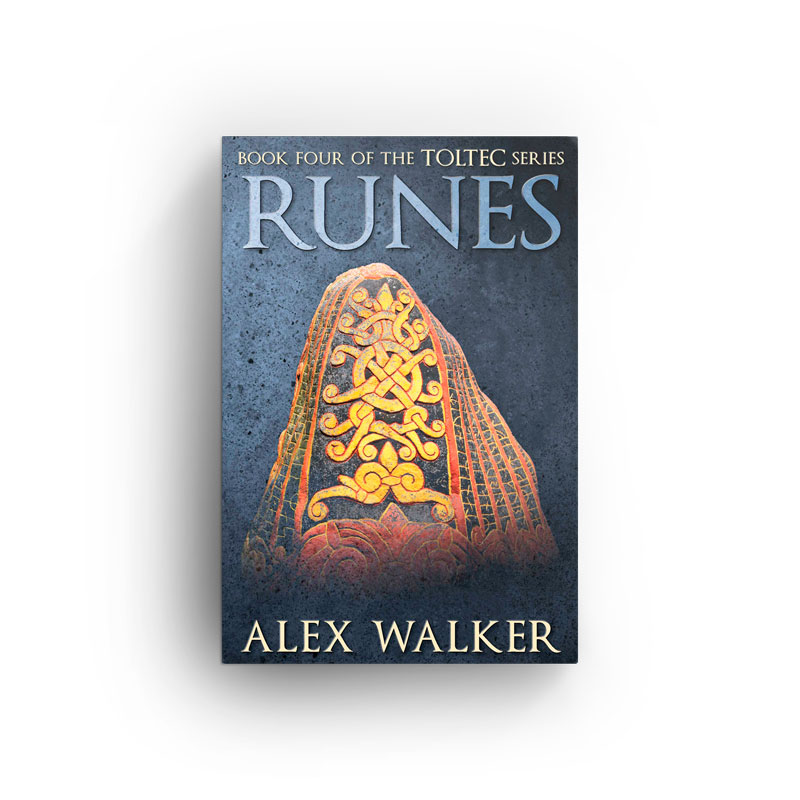 After hearing a legend about the sinking of a Spanish galleon early in the 17th century, a group of treasure hunters embark on a precarious mission to the Caribbean in search of a huge treasure cache. But when a Viking runestone tablet is found in Iceland, it uncovers clues that send them on an entirely new adventure. Soon, they find themselves in the midst of harrowing journey into the Arctic Circle in search of a lost Viking settlement and a vast treasure hidden within—a veritable trove of gold and priceless artifacts plundered from wealthy aristocrats during the Viking invasions of Europe. Still, all is not as it seems. While there, the team experiences a strange encounter that launches yet another incredible journey, and this might just be the greatest adventure of them all.

Runes is the fourth book in the heart-pounding Toltec adventure series.