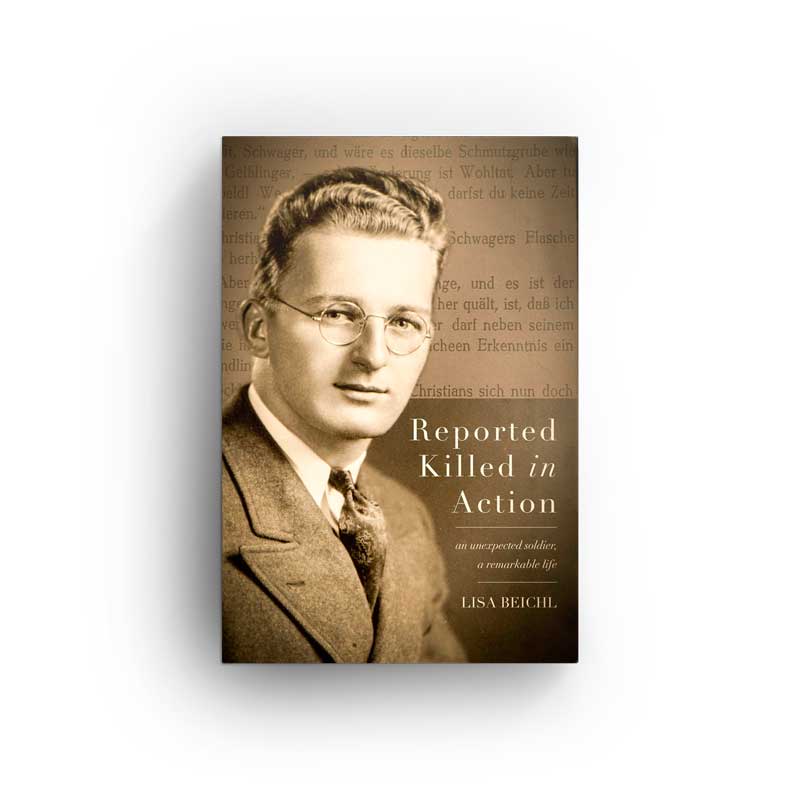 The Philadelphia Veteran’s Administration mysteriously lost George Beichl’s POW records when he was 92 years old. In a scramble to verify his battle scars, his daughter began a journey of discovery.

Though he was initially deferred, military losses after Normandy were so intense that replacement troops were urgently needed. This was how a 26-year-old from Philadelphia, student of advanced chemistry and sole support of his widowed mother was selected.  The subsequent surprise German counteroffensive—the Battle of the Bulge—cost even more casualties. George found himself in the thick of the fight. After a bloody battle in Prüm, he was reported Killed in Action. Miraculously he survived, but was taken prisoner.

He kept a diary in a German book, given to him by a sympathetic guard. In the margins he wrote about interrogations, Catholic Mass, chocolate cake, and his dramatic liberation.

When he returned to Philadelphia in 1945, he was still enlisted. His military clearance was initially challenged because of his German background, but he completed his army tenure as a chemist on the Manhattan Project.

After his death in 2015, another diary surfaced detailing his pre-war experience as a student in 1939 Munich. It reveals history from a point of view seldom seen: an American in Germany as WWII started. When Germany invaded Poland, he and his mother were stranded and struggled to return to Philadelphia.

In this engaging narrative, we find a man proud of both his American heritage and his German roots. Though he never sought recognition, his service to his country earned him a Purple Heart and the Bronze Star, and the Commanders Cross from Germany. Through his diaries and subsequent life, we meet an unassuming yet confident man whose intellect, faith, and even temper created the background for a remarkable life.