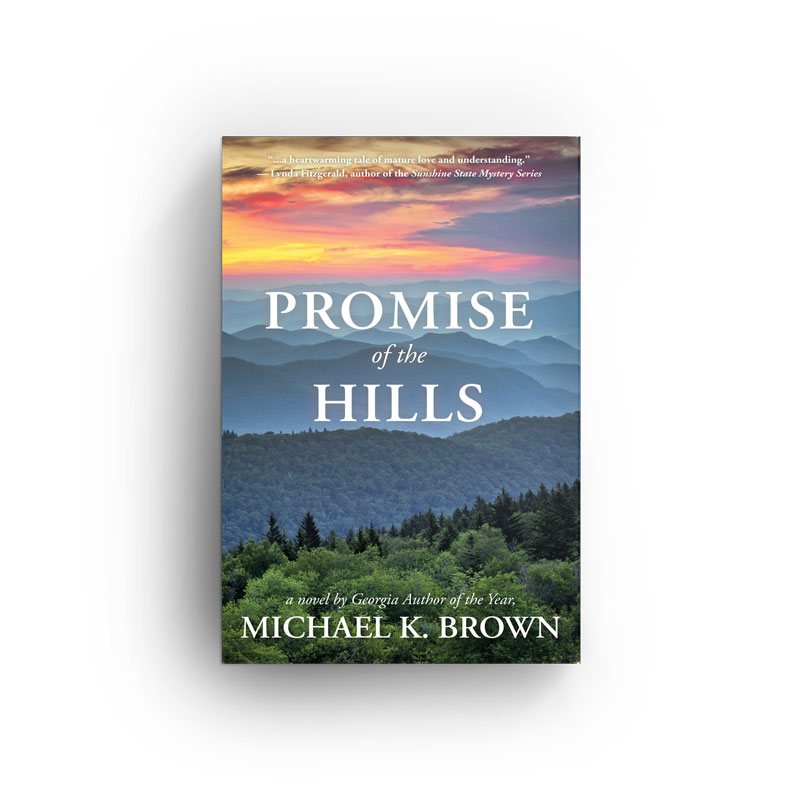 Promise of the Hills

Brax Donovan plans to live out his last years with his faithful dog, Sunny, in a house nestled in the north Georgia mountains. But when he learns that the husband of his ex-lover, Dae Whitehead, has died, he sees a new hope for his future. To clear his mind, he takes a walk in the woods behind his house and meets a mysterious young boy named Ty tending a fire pit. Ty speaks haltingly and runs away after making a disturbing comment. Afterward, Brax discovers the charred remnants of some vile pictures in the undergrowth nearby.

In Promise of the Hills, a mature couple rekindle a love that has been forbidden for three long years. An eight-year-old boy enters their lives, bringing a new dimension to their future, and becomes a key figure in uncovering a shocking crime that stuns a small town. A strong-willed man and his rebellious son reconcile their lifelong differences. As a family comes together, three generations are bound by the memory of the past and the promise of the future.

To learn how this journey begins, read Promise of Silver by Michael K. Brown