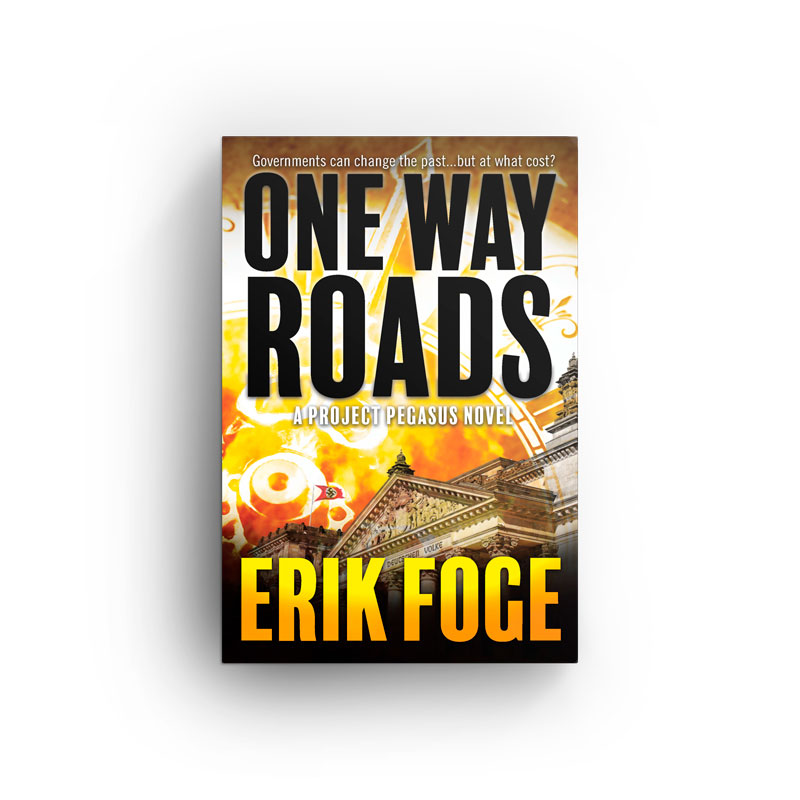 Governments can change the past…but at what cost?

Dr. Fugger is a Senior Analyst for the CIA when his research into what would have occurred had Nazi Field Marshal Rommel lived leads him to be recruited for Project Pegasus, a U.S. time-travel exploration program. However, Erik soon discovers that an alternate plan to kill another highly influential individual has already been set in motion. Lost in the past, it’s not long before he finds himself fighting for his very life against unknown operatives intent on preventing his success and changing the world forever. Because, as it turns out, the death of his target will ultimately result in the Germans using rockets armed with atomic warheads…in 1944. Now he has a moral dilemma to end all moral dilemmas: to save humanity, he must keep Adolf Hitler alive.

Readers call One Way Roads “a blend of history and storytelling that keeps you turning pages” and “an intriguing diversion from the usual spy thriller” full of “unexpected twists and turns in a plot executed with style and panache.”