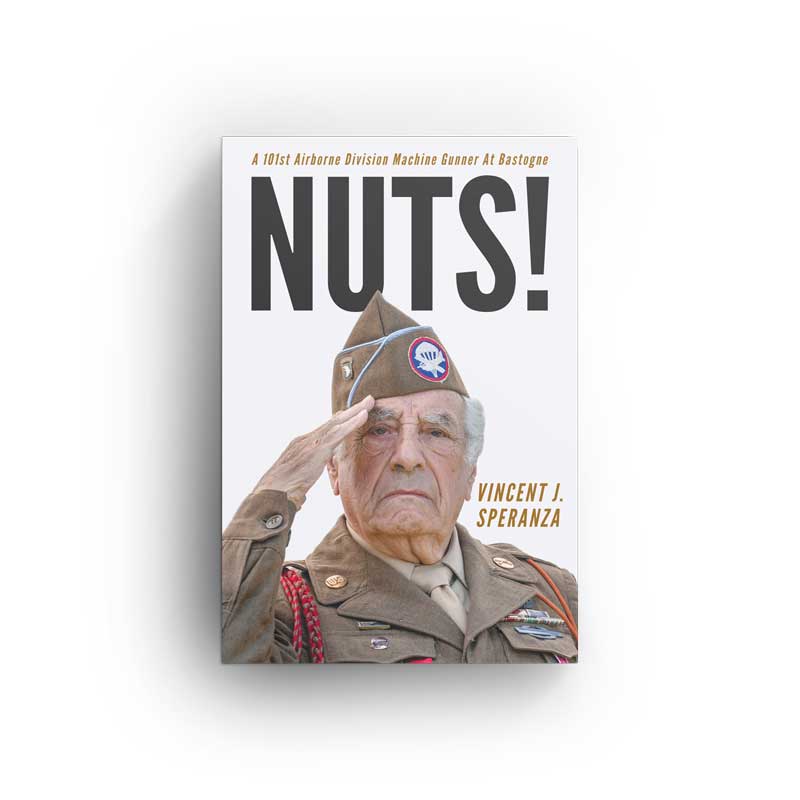 On 22 December 1944, during the Battle of the Bulge, with the Germans surrounding the Belgian town of Bastogne, a German messenger brought a message from his commander to Brigadier General Anthony McAuliffe, acting commanding general of the 101st Airborne Division, demanding his surrender. McAuliffe’s response was simply, “Nuts!”
‍
Manning a foxhole on the perimeter around Bastogne was nineteen-year-old Army private Vince Speranza, a machine gunner with the 501st Parachute Infantry Regiment. This is Vince’s story of the Battle of the Bulge and his life before and after the battle.

Vince shares his memories from early childhood through his service in World War II and his life up until now as he stands on the verge of turning 90—a story you will long remember. Vince will be in Bastogne, at his original foxhole, on the 70th anniversary of the Battle of the Bulge, drinking Airborne Beer, which his actions many years ago inspired.