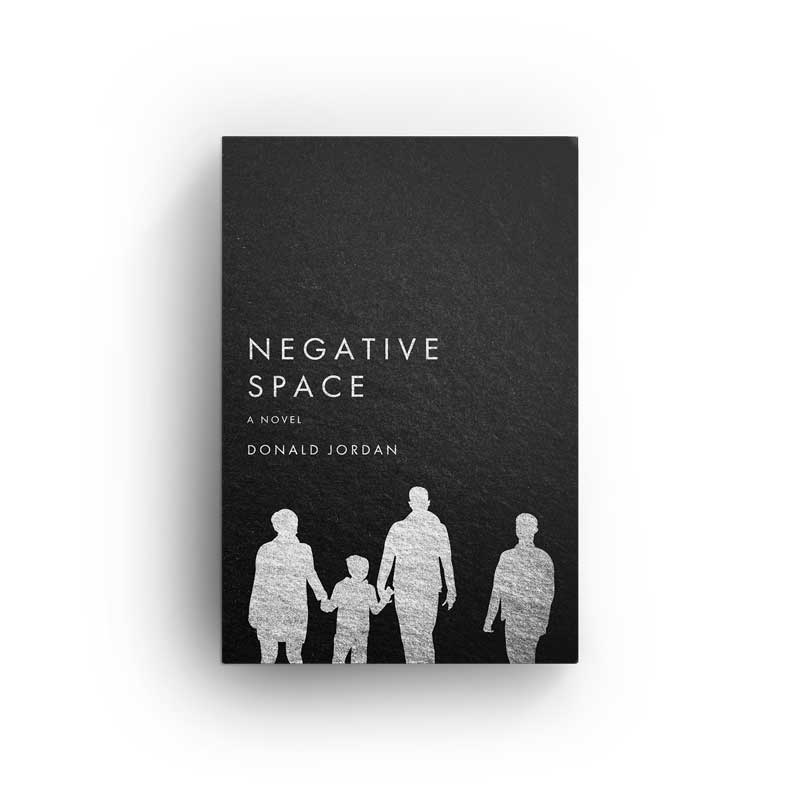 Kelly would not have had to die had her demands not been so crippling.

Robert schemes that the body will never be found in the deep black water beneath the remote bridge. He does not know that in a swift-running current, concrete weights can be tossed and rolled like twigs.

In less than two weeks, Kelly’s asphyxiated body will be discovered.

When Chase and Devin’s mother dies and their father becomes the prime suspect, they are forced to forge new lives with their aunt and uncle. But a new environment won’t fill in the negative space, make all the empty thoughts in their heads less painful. As the two young brothers struggle against grief and the fear of their father’s genes, they come to realize they must make crucial choices.

Negative Space is an exciting psychological study of four people entwined in the tragic death of a beloved mother and sister.