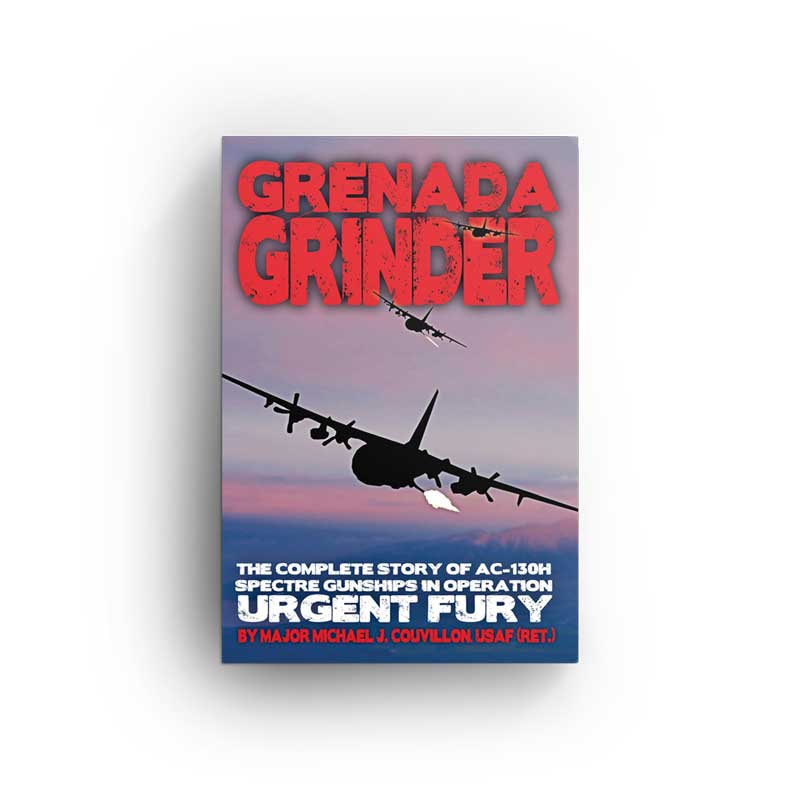 On October 25, 1983, on orders from President Reagan, three AC-130H Spectre gunships flew combat missions in Operation Urgent Fury over the Caribbean island of Grenada. In their first operational live-fire outing since Vietnam, the gunships provided protective fire support and armed reconnaissance for two battalions from the Army’s 75th Ranger Regiment making an airborne assault on the Point Salines Airport. Their primary objective was to rescue the U.S. citizens who were students at the nearby True Blue Campus of the St. George’s University (SGU) School of Medicine.

Flying non-stop from Hurlburt Field, FL, the gunships attacked with withering surgical firepower from their 20mm, 40mm, and 105mm guns to defeat small arms fire and silence Cuban and Grenadian anti-aircraft fire as the stream of MC-130 Combat Talon’s and MAC C-130’s airdropped the Rangers.

After the airfield was secure, the Rangers and 82nd Airborne Division troops continued for the next seven days to pursue the enemy up the island toward the capitol, St. George’s. The gunships provided “eye in the sky” armed reconnaissance with instant firepower available to them on request around the clock, eliminating several more key targets.

The Spectre gunship’s amazing performance at Grenada is an invaluable piece of Air Force history. This is not only a riveting account of the gunships as they “saved the day,” it focuses on the gunship’s weapon systems to explain how they work to get such awesome results.