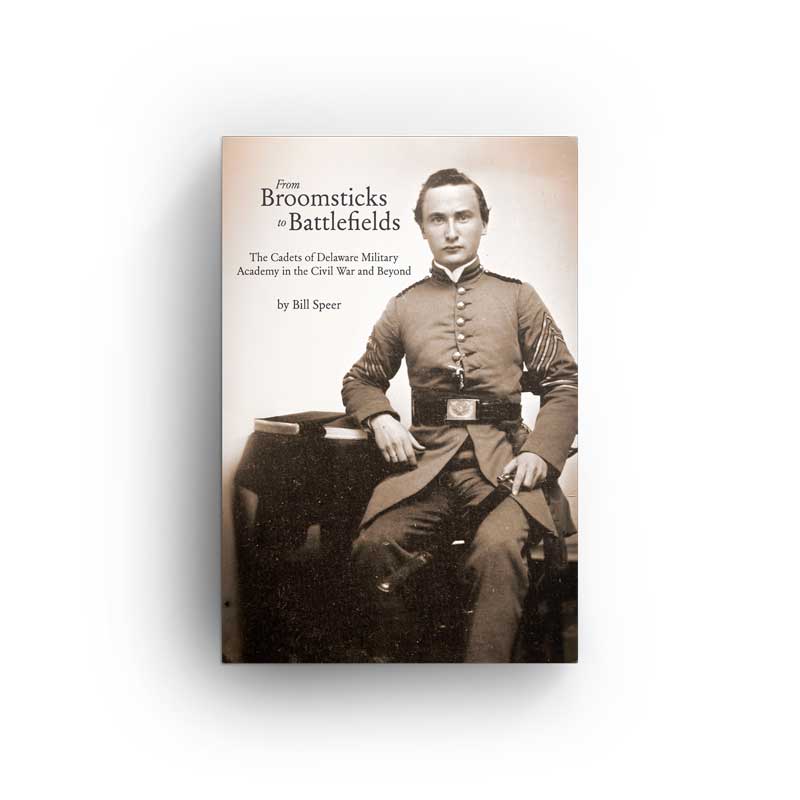 From Broomsticks to Battlefields

Henry Clay Robinett, a graduate of Delaware Military College, distinguished himself with valor during two Civil War battles – the defense of “Battery Robinett” during the Battle of Corinth (October 3-4, 1862), where he was wounded with a musket ball that creased his scalp, and later during the siege of Vicksburg. While honorable, and, given his two brevets, even somewhat distinguished, Robinett’s service seems little different from that of any other young man, North or South, who went off to war in 1861. At a glance, Robinett, who emerged from the war as a Major, would hardly seem a likely subject for a biography.

In From Broomsticks to Battlefields, Bill Speer has done something interesting. He has used Robinett’s life to throw some light upon several aspects of the American experience and society in the mid-nineteenth century that have not yet been fully explored.