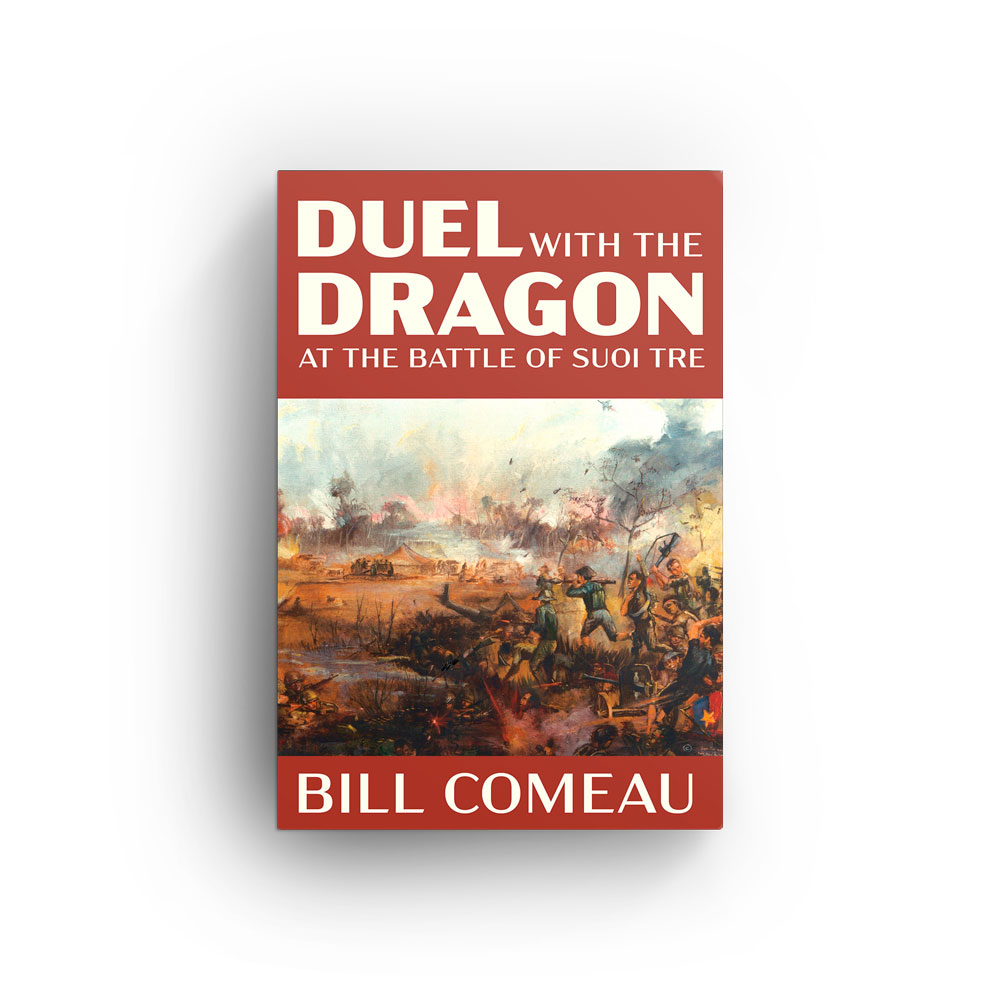 Duel with The Dragon at the Battle of Suoi Tre

This book chronicles the story of the members of Alpha Company, 2nd Battalion, 12th Infantry Regiment, 3rd Brigade of the 4th Infantry Division from their Basic Training days in early 1966 through their fighting as a unit in Vietnam. It includes stories about the soldiers who led during that year and other soldiers who came, served, and went home to lead normal lives.

Two stories stand out. One is the story of Donald Evans, the first 4th Infantry Division soldier (and Medic) to receive the Medal of Honor (posthumously) for Vietnam service. His story is told from long before he was drafted and illustrates the many tributes he has received since his untimely and heroic death in Vietnam.

Also, inside is the story of the notorious 9th Vietcong Division and their crushing defeat on March 21, 1967 when they challenged the 3rd Brigade of the 4th ID at the Battle of Suoi Tre. It was an amazing team effort to achieve that great American victory.

The bravery and determination of American soldiers who refused to lose, even against overwhelming odds, is a story you must read.