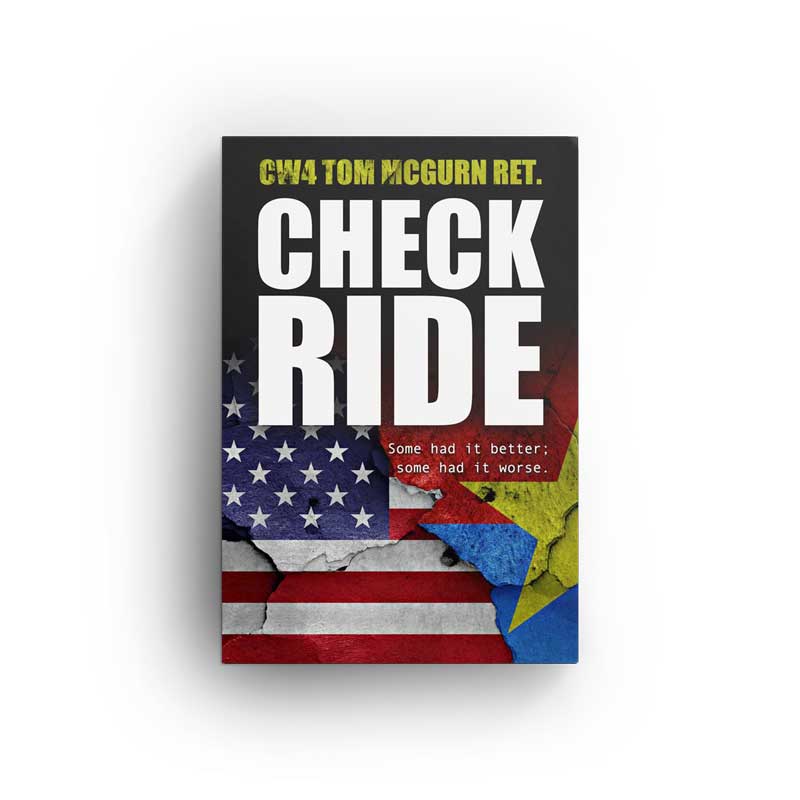 Check Ride is the raw, true story of one Army Aviator’s time in Vietnam from 1969-1970. While Tom McGurn was only one young pilot, thousands shared his experiences in the Army. In Check Ride, he recounts previously undisclosed details of flight missions, giving the reader a taste of the everyday flavor of life during those times. From ranger insertions/extractions to shipborne operations, combat assaults, SEALS, and the usual WTF! missions, this era created a new generation of mobile warfare warriors who were fine-tuned by the needs of the United States Army.