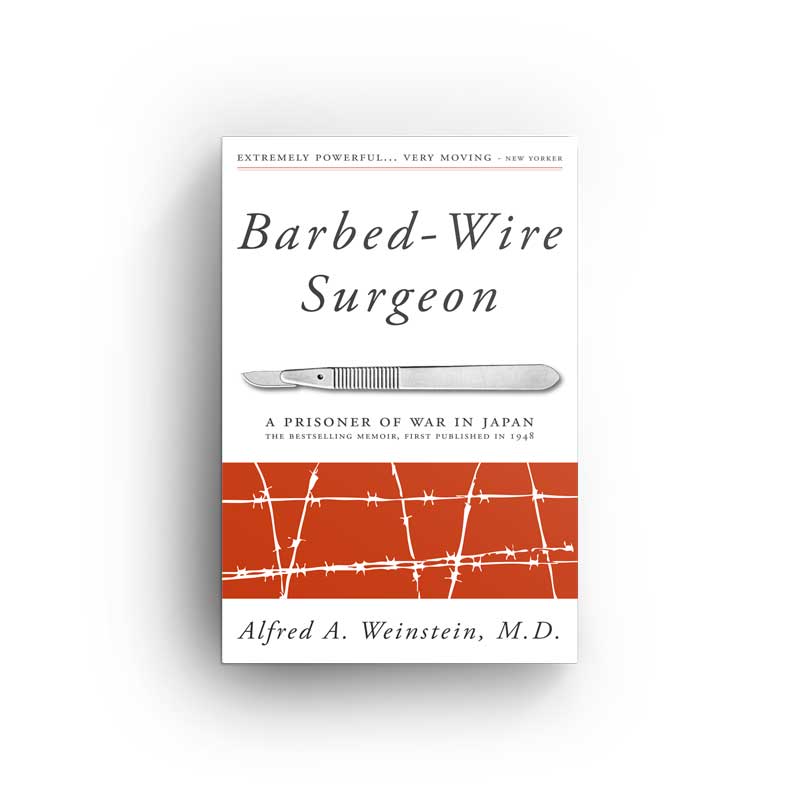 Barbed-Wire Surgeon is the heroic bestselling WW2 memoir written by Dr. Alfred A. Weinstein originally published in 1948 by the MacMillan Company in hardback. It was also republished in 1965 by Lancer in paperback. From 1948-1965 there were eight printings. It was a selection for the popular Book of the Month Club. In October 2013, BARBED-WIRE SURGEON will be republished once more by Deeds Publishing after being out of print for almost 50 years. A description of the book is best told by Dr. Weinstein himself from the Prologue.... This is a story of G.I. Joe in prison: how he lived, how he adjusted himself to life under the Nips, what he thought about and what he dreamed about. They were a motley, ragged, hungry throng. Under an ugly patina of filth and starvation, their basic individualities continued to glow feebly and occasionally to break forth into flame. Some were rugged, some were weak. As the months faded into years, the feeble faded out of the picture. In the witch's caldron of a Jap prison, G.I. Joe fought for his life with all the breaks against him. Against a somber tapestry of chronic hunger, starvation, and disease, a thin golden thread of the love of a man and woman weaves back and forth. It disappears for months and years, but is ever present. It snaps and breaks, but reappears more vibrant and glowing. Can a woman's love for her man be responsible for the survival of individuality in the face of pestilence and torture? In its broader aspects this is a tale of mankind with his veneer of civilization stripped away.