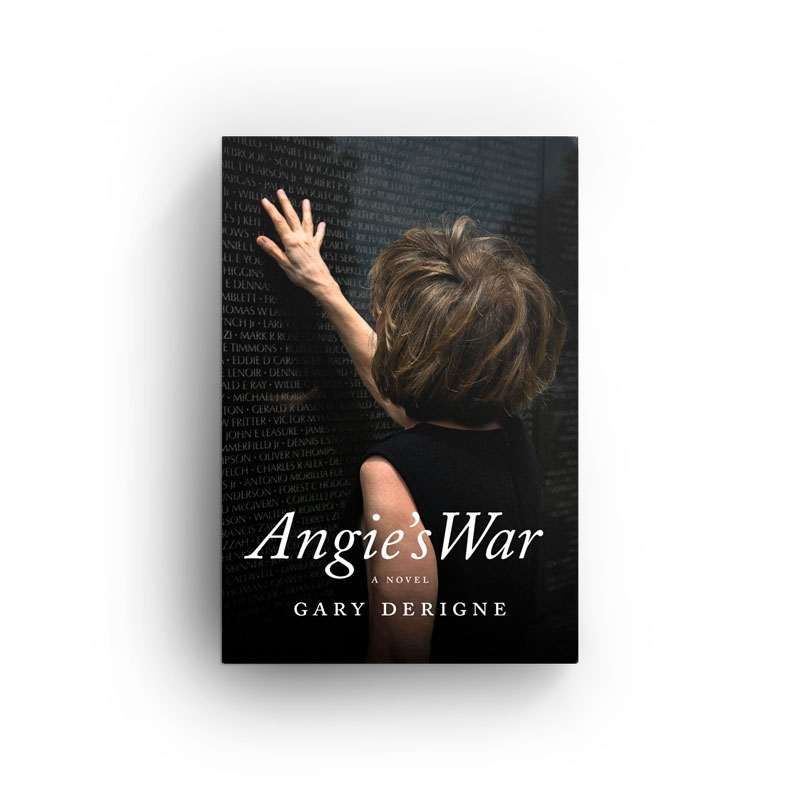 1969—America is embroiled in the bloody war in Vietnam, losing more than five hundred killed and wounded each week. Beautiful young Angie Giles waits at home through day after agonizing day for the return of her beloved husband, Tony, as he soldiers through his 365-day deployment as an Army infantryman. Finally, unable to suffer through another day of waiting or another night of torment, Angie incites a chain of events that will haunt her for the rest of her life, and change the lives of those she loves, forever.

In Angie’s War author Gary DeRigne tells a gripping tale of love and loss, fear and courage, desperation and hope, that begins in the jungles of Vietnam and extends through the battlefields of Somalia, Afghanistan, and Iraq. All the while, through generation after generation, loved ones at home wait, and worry, and pray, in an America that has become callous to the human cost of war.

DeRigne paints vivid images of combat as only a war veteran can, and he describes its bitter aftermath as only one who has personally survived it can possibly convey. Angie’s War, a sequel to DeRigne’s One Young Soldier, is a masterfully written page-turner, the product of a gifted and sagacious storyteller.