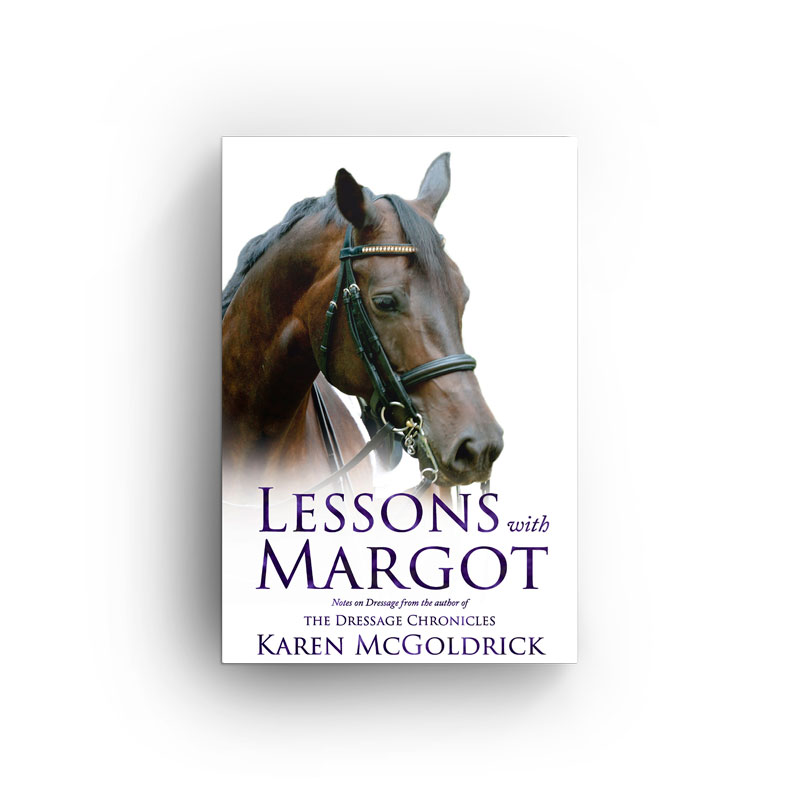 Author Karen McGoldrick found her first job at age twelve by answering an ad in her local newspaper. Now, fifty-eight years later, with over thirty of those years dedicated to dressage, Karen has collected a wealth of knowledge and "in-the-saddle” practice in riding and training horses. Having been a voracious reader of fiction all her life, Karen understood the power of fiction to tell truths in a way that was just not available in most non-fiction riding books.

But storytelling limits how much of the actual training theory can be imparted. The plot carries the reader forward and demands movement rather than too much time spent on formal theory, and so the idea for this final book was born. And while this slim work is not intended to be a complete guide to training and riding dressage, it offers up a more cohesive presentation of the theory and practice, gleaned from the best of Karen's "Margots." Karen continues to write in a way that is both educational and light in tone, yet dead-on realistic. While the book can be read without having first read the series of novels, readers who enjoyed the novels will relish taking one more trip down centerline with Karen.