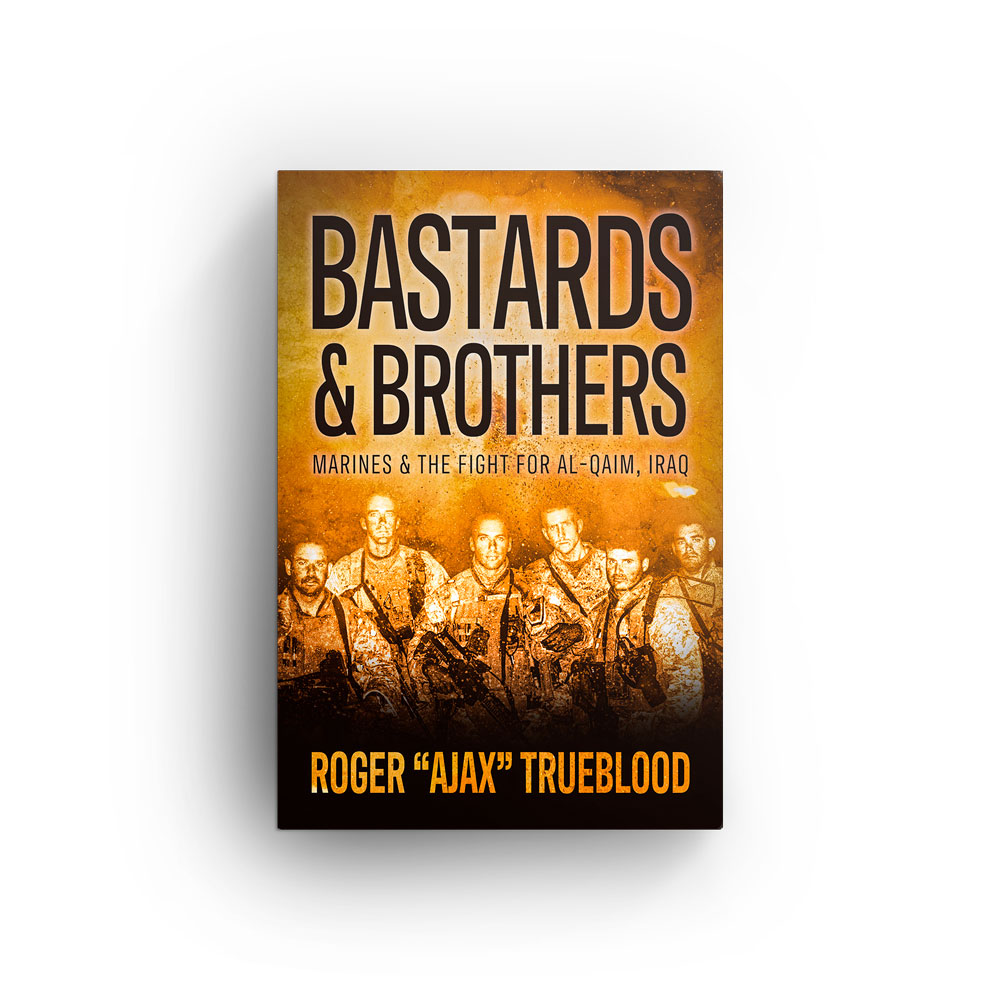 Available late November, and autographed by the author.

Bastards & Brothers tells the story of the 3rd Battalion, 2nd Marine Regiment (3/2) — aka the “Bastards of Betio” — fighting in the wild west of Anbar Province, Iraq in 2005.  In the spring and blazing summer of that year, 3/2 took on the gathering forces of Al-Qaida in Iraq (the precursor of ISIS), hunted and engaged arch-terrorist Abu-Musab al Zarqawi, withstood fanatical suicide bombers and defeated the enemy in several major operations and hundreds of firefights.

At the same time, they also forged an unlikely partnership with former insurgents among a local Iraqi tribe. In the middle of a deadly battlezone, and despite prevailing guidance, young Marines found a way to talk with tribal leaders who joined forces in the struggle against Zarqawi and AQI. This tentative alliance was the first time an Iraqi tribe openly sided with the Marines and the coalition, ultimately sparking the historic Anbar Awakening in 2006 which in turn paved the way for the success of the surge in 2007.

This is an untold story, overlooked by other writers and publishers, that covers a true pivot-point in the Iraq War.  It is the product of deep research, including over 200 author interviews with veterans from 3/2 and others who were there, ranking from the most junior “boot” Marines to the battalion and regimental commanders.  While these first-hand accounts are the beating heart of the text, the author has expertly folded in operational and strategic context, making this a unique book in its genre.