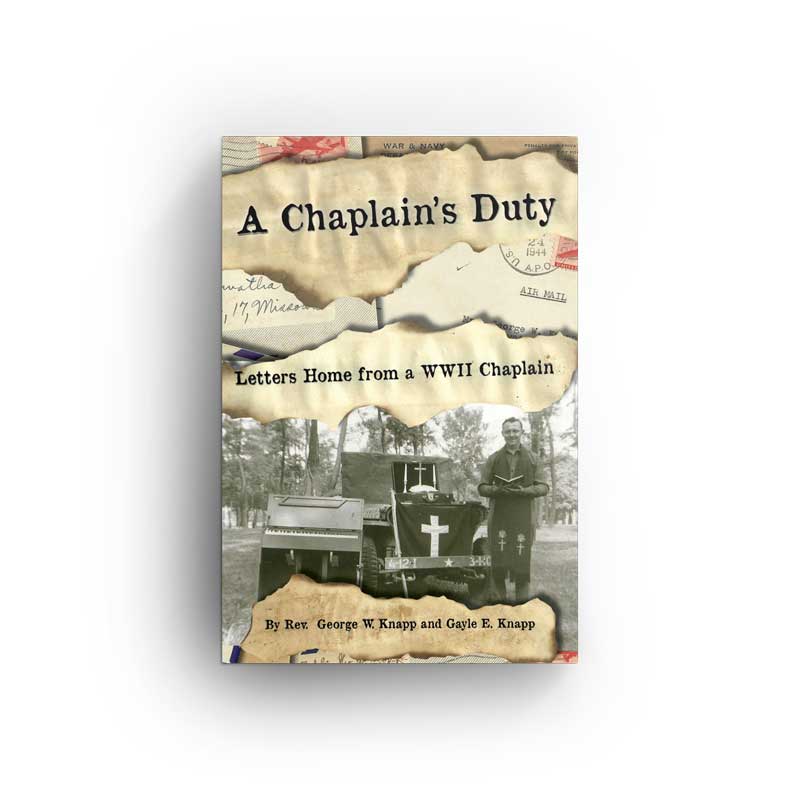 During World War II, Reverend George W. Knapp was a chaplain assigned to minister to the soldiers of the 4th Infantry Division. The Division landed on Utah Beach on D-Day, June 6, 1944 and fought almost continuously until V-E Day on May 8, 1945. Reverend Knapp was with them every step of the way.

Although exempt from military service, Knapp volunteered for duty as a military chaplain. He had a wife, a one-year-old son, and a second child on the way. “A Chaplain’s Duty” is the story of a young minister’s development into a front line chaplain told through his diary and the almost daily letters he wrote to his wife.

The letters chronicle the duties of wartime chaplains, truly undocumented heroes. Close to the front line of battle, Knapp and his fellow chaplains comforted the wounded and dying, counseled soldiers on the morality of killing the enemy, eased the pain of a G.I. getting a “Dear John” letter, and other chaplain duties.

A Chaplain’s Duty will educate you on some of the unsung heroes of any war – the chaplains.