Richard VanDeWeghe taught writing, rhetoric, and literature at three universities. He was Chair of the English Department at the University of Colorado, Denver. He founded the Denver Writing Project and was Field Director for the National Writing Project. He has published numerous articles in academic journals in literacy education and a book, Engaged Learning, which applies eastern philosophy, neurological science, and empirical research to learning and teaching across the curriculum.

Jimmy Quinn is the first of three historical novels set in the Traverse City State Hospital. The trilogy covers the three critical periods in the decline of the asylum—the 1950's, 1960's, and the 1980's. The asylum was closed in 1989. Each novel situates an imaginative narrative within the historical events of the times.

Richard makes his home in northern Michigan, on the original Traverse City State Hospital grounds, now called the Village Commons—the largest urban residential-commercial redevelopment project in the country. His home is in a renovated building that was once the men's infirmary at the asylum. On a warm summer evening, one can find him playing his ukulele on a side porch, his dog Lucy asleep beside him. 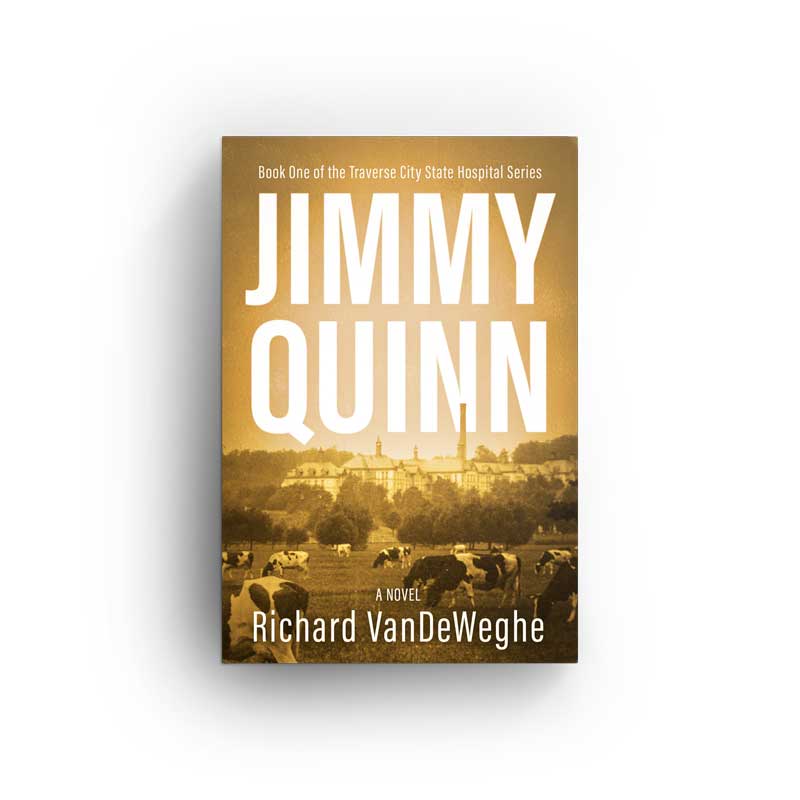