John Frederick is an honors graduate of Penn State University’s Geography program, where he also began his cycling career on the university’s championship road race team. Following a cross-country trek after college graduation, he embarked on a racing career which produced an additional set of adventurous stories. He discovered that he could use his bicycle to challenge himself while experiencing the natural environment at the same time. His interest in physical geography would initially take him into the classroom as a high school Earth and Environmental Science teacher. Ultimately, he had the opportunity to return to one of his other passions, writing, when he began working with environmental professionals and organizations. In addition to that writing and editing, he authors a popular newspaper column on science and environmental topics, entitled Earth Matters. The father of two sons, he lives with his wife, Kathy, near Altoona, Pennsylvania. 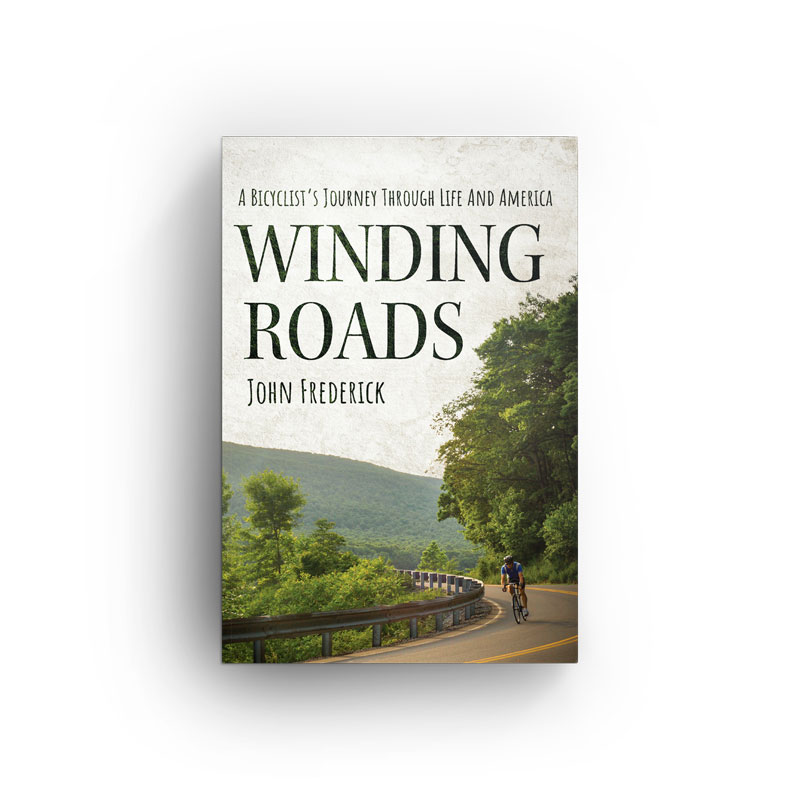