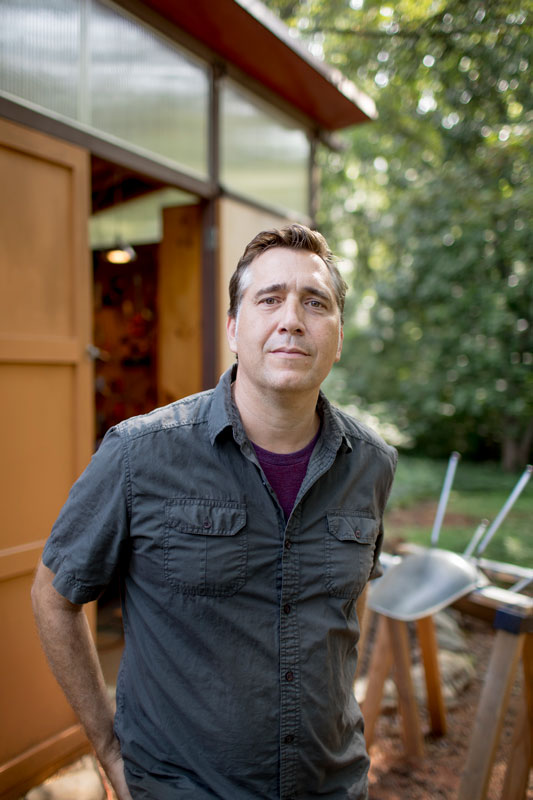 Jason Thrasher lives in Athens, Georgia, where he's been working as an artist and professional photographer for nearly 20 years. His coverage of the Southeast's rich and varied music scene includes published portraits of the Drive-By Truckers, of Montreal, R.E.M. and the Elephant Six collective, to name a few. He's also captured rare images of OutKast at Stankonia and Rico Wade at his infamous hip-hop "Dungeon" in Atlanta, and images of Ty Segall, The Whigs, Widespread Panic, Cracker, Drive-By Truckers and Against Me! on tour. His ties to Athens and the world-famous 40 Watt Club and Georgia Theater have also given him access to photograph nationally touring musicians on a regular basis.

His fine art photography has been exhibited at the Hartsfield-Jackson International Airport in Atlanta, ICA in London, Yerba Buena Arts Center in San Francisco, Ogden Museum of Southern Art in New Orleans, Corcoran School of Fine Art in Washington, DC, and the Atlanta Contemporary Arts Center. And his new body of work based on the Athens music scene, Athens Potluck, is currently on view at the Georgia Theater Gallery in downtown Athens, and is forthcoming as a new fine art book this fall. .